What is a tourniquet?

A Tourniquet is used in most KNEE SURGERY

Tourniquets were first used in battlefields and have been in use for hundreds of years.

Dr. von Esmarch from Germany was the first to use a wide elastic band (Esmarch Bandage) to expel the blood from a limb and then to stop the blood flow by wrapping the band around the limb several times (image right). This was first done in 1873.

In 1908, Dr. Cushing in the United States started using a pneumatic cuff (similar to the one used to measure blood pressure) as a tourniquet. Both are still used in orthopedic surgery today. For many years, pneumatic tourniquets have been re-used and transferred from one patient to another with minimal cleaning (if any) between applications. Today more and more hospitals use sterile tourniquets; either for single-patient use, or re-processed (i.e. re-sterilized).

In 2004 a new method was introduced to quickly achieve a bloodless surgical field. It combines exsanguination and tourniquet in a single stand-alone sterile device, called HemaClear® (image below). 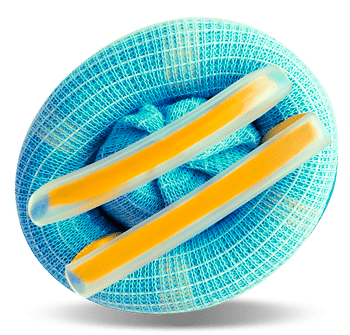